Our victory in Jericho does not last long. Let’s begin.

Achan took items that he was not suppose to. Therefore, when Joshua sent men to fight in Ai, the men fled because of their disobedience to the Lord. This left Joshua upset and questioning God. But God explained the children of Israel broke their covenant, and unless they were sanctified, God would not be with them.

The accursed items were taken, and the people who took them would be burned. Achan admitted he coveted the items. He was stoned by the people of Israel and then he and the items were burned.

Joshua makes an altar in Mount Ebal. He copies down the law Moses had written on stones. He reviews every single word Moses had commanded him before the congregation of Israel.

After hearing what happened to the people of Ai, some men from Gibeon pretend to be ambassadors and venture to the people of Israel, with an intent on making a covenant. They take old food and old wineskins with them, but they lie telling the people the items were new when they left.

Which was a problem? The people of Israel did not seek counsel from God. Joshua made peace with them, a covenant to let them live, and the rulers swore to them.

When it is found out, the people admit they feared what God would do to them. So Joshua keeps his word about not killing them, but he instead makes them woodcutters and water bearers for the congregation of the people.

The people of Gibeon find out five different kings plan to overtake Joshua and his men. When Joshua learns of this news, God tells him not to fear. Joshua and his men defeat many. Hailstones rained from heaven.  During this time, Joshua requests that the sun remain still until they have had their revenge on their enemies.

God allows it, and the sun stood still. There has never been and will never be a day like that ever again when God heeded the voice of man. (Joshua 10:14)

The five kings were found hiding and were killed.

Joshua 10:28-43 – Joshua continues to conquer because God fought for Israel.

Ch. 14-19 Land Divided And Given To Various Tribes As Commanded By Moses

When all of these were given, God fulfilled His promise to give all the land that He swore He would to Israel. No enemy came against.

(ESV) Joshua 21:45, “Not one word of all the good promises that the LORD had made to the house of Israel had failed; all came to pass.”

Ch. 22 Eastern Tribes Go Back, Anger About Altar At Jordan

Joshua tells the tribes of Reubenites, Gadites, and half of Manasseh that now they could venture back home as the conquest and fighting is over with.

The tribes of Reuben, Gad, and half of Manasseh made an altar near the Jordan. The children of Israel see a replica altar built in the Jordan and have severe questions about it. They feel/fear it is meant to be treachery against the Lord. But after hearing an explanation, they understand it was for the purpose of making sure the people didn’t forget. That the children would still fear the Lord. 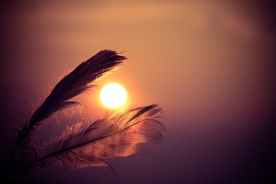 This is long after the conquests. A good amount of time has passed. Joshua is now old and advanced in age. Joshua tells Israel’s judges, elders, and officers to remember all that God had done for them. To keep the Book of the Law by Moses and to do what is written in it. They are to hold fast to the truth and God, not to fall away from other gods or mention their names.

One man alone can chase a thousand with God’s hand.

(IS) Joshua 23:10, “A single man makes a thousand flee, because the LORD your God is the one who is fighting for you, just as he promised you.”

They will perish from the good land. (Which we clearly see later in the Old Testament) 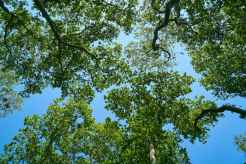 This is a really nice and also sad closing. It’s a summary at first from the beginning of how God connected with people, Abraham, Jacob, Moses, and the history following.

It is here Joshua tells the people if they want to serve other gods like their fathers of the past, do it now.

The people answer they don’t want to forsake God.

Joshua repeats himself, pressing the people on who they will serve.

The people answer again, they don’t want to forsake the Lord but serve Him.

Joshua tells them, they are witnesses to their claim. He makes a covenant with them and wrote it in the Book of the Law of God. Placing a stone under a large oak as a reminder.

The people departed back to their lands as where their inheritances were divided.

Commander of the army of God– Ch. 5

-Do not fear what God has told us He will do

-It’s important to note Israel’s fall in the Old Testament, Christians are not that much different. No one is perfect, and that’s why we need Christ and the Holy Spirit to intervene instead of man.

– Share with others what God has done in your life. Let it be known, don’t hide it.

Did you take anything of the book of Joshua?

Next week, we will start the book of Judges

(Need to catch up on book summaries of the Bible? Check out the main page, and other posts about scripture, here)

(Want to read more posts? Check out my second blog, Peeking Beneath)

Transition To Outside Summary Fungus gnats. Little evil beasts that can lay 300 eggs at a time and the little freaks eat up the roots that can seriously damage the plant. I had tried so hard to make sure I was not overwatering my plants, as this draws them, but if you read my last […]