It feels like it has been a while since this post, but I think it’s only been two weeks. A lot can happen in two weeks.

Unfortunately, a lot happens since the death of Gideon, as we continue to journey into the depth of the book of Judges.

Remember how scripture said the children of Israel didn’t show kindness to Jerubbaal’s (Gideon) family. We are going to follow the path of one of Gideon’s sons and his choice to make some really bad choices. 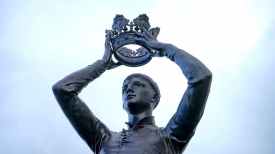 Ch. 9:01-06 Abimelech is one of Gideon’s sons, and Gideon had many sons, seventy, in fact. Abimelech gets the idea to go to his mother’s brothers, his uncles, and persuade them that is better for one to rule over them, versus seventy.

Therefore they give him 70 shekels of silver, and he hires, as scripture says, worthless and reckless men to become his followers.

They all go into his father’s house, and they kill all of his brothers, except the youngest, who was hiding.

Not knowing this, Abimelech is made king among the people.

Fun Fact: I believe this is the first time a king is chosen by the people. 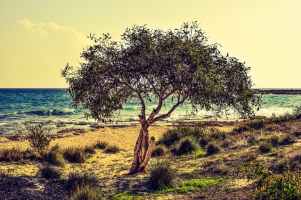 First Parable Of The Bible

Jotham, the youngest of Gideon, goes to the top of Mount Gerizim. He proclaims a parable to the people.

The parable tells about trees that cry out to an olive tree, fig tree, vine (wink wink), and then finally a bramble. The trees request each one to reign over them as king. Only the bramble is left, as the others said they would not cease from their original job of pleasing God and men.

The bramble says if truly anointed by the people as king it will rule over them, but otherwise, fire will come from the bramble and devour cedars of Lebanon.

Jotham tells him, if the people truly anointed Abimelech, and treated his father, and his father’s household kindly it wouldn’t be a problem. Let them all rejoice.

But this was not the case. The people treated Gideon and his household unkindly and killing his sons, making Abimelech the king. Let fire come from Abimelech and devour men, Jotham proclaimed. Afterwards, he fled fearing Abimelech. 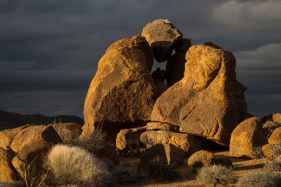 Abimelech Is Almost Killed By A Woman

Ch. 9:22-57– Three years Abimelech reigned over Israel and then God sent a spirit of ill will between him and men of Shechem.

There’s quite a battle within these scriptures, and the men struggle against each other. But in the end, similar to the beginning of Judges, Abimelech is severely injured by a woman who dropped something on his head. He cries out to armor bearer and pleads to have a sword kill him so he isn’t killed by a woman.

New Judges Are Called Up

Ch. 10:01-02– Tola is selected as the next judge over Israel. Tola judged for twenty-three years, and then he died.

Ch. 10:03-05– Jair is the next judge and judged Israel for twenty-two years. Interestingly, he had thirty sons, who had thirty donkeys, and there were thirty towns. He was buried in Cannon.

Ch. 10:06-18– Israel again turns to other gods and Baals. God allows them to go into slavery for 18 years of oppression. Israel cries out admitting their sin. God tells them to go to their gods, and have their gods help them.

However, Israel cries out that God do what He sees as best, and they put away their gods.

(King James 2000) Judges 10:16, “And they put away the foreign gods from among them, and served the LORD: and His soul was grieved for the misery of Israel.”

The people of Ammon rise up against Israel, and the elders of Gilead begin searching for someone to start the fight and to be the head over Gilead. 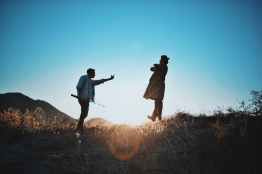 Ch. 11:01-28– Jephthah was the son of a harlot, and many people didn’t let him forget it. His brothers didn’t accept him. Later on, Jephthah is contacted by the elders, requested to be the commander.

He is angry, “Didn’t you hate me before?”

They reply, “We need you to do this. If you do, you will be the head over Gilead.”

Surprised, Jephthah answers them, “Say what? Are you sure?”

They answer him, “Let God be our witness between us if we do not keep our word.”

Past Journey To Promise Land, Hindrance To King of Ammon

Jephthah is made commander and head of the people. He requests from the king of Ammon to tell him why he wants to fight against them.

The king accuses Israel of taking lands he wants back, but these were lands God put in their hands because these lands did not help the Israelites when they were journeying their way to the Promised Land. 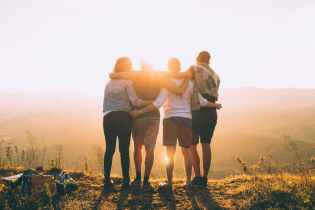 Vow To God & Debate Among Readers

Ch.11:29-40- Jephthah already had the Spirit of the Lord upon him, and he was able to advance all the way to the people of Ammon. At this time, he tells God, “If You deliver them over, whatever the first thing is to come out of the doors of my house will be a burnt offering to You.”

God delivers them into his hand.

The first thing to come out of the doors of his house, upon returning home, was his one and only child, his daughter.

Scripture says she remained a virgin. Some translations say she died a virgin, but not all say she died. It could be that she didn’t marry, and she didn’t know a man so her bloodline died with her so to speak.

But nonetheless, for four days out of the year the daughters of Israel went to lament for Jephthah’ daughter. As lament refers to mourning this indicates more so his daughter was killed so he kept his vow to God.

Ch. 12:01-15- Jephthah has an issue with Ephraim, and it is dealt with. He judged Israel for six years and then died.

Ibzan, from Bethlehem, then judged Israel for seven years.

Next week we will cover the introduction to Samson. 🙂

What stood out to you during pt. 3 of Judges?

If you would like to catch up or check out other summaries you may have missed, check out the page with all updates here