I completely understand why some do not celebrate Christmas. That is definitely not the focus of this post. Rather, this is just something to think about.

The only issue that I’ve found from some comments and discussions I’ve read is some (more than others) show more opposition when it comes to the topic of Christ’s birth.

“It’s not about His birth, it’s about His death.” 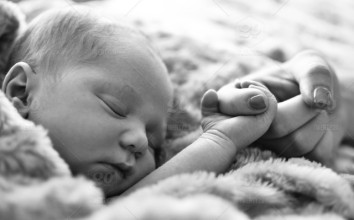 I can agree it really isn’t about celebrating a baby because Jesus grew up. He isn’t a baby anymore. Praise God, Almighty, He isn’t dead either.

No one comes to the Lord God, except through Christ.

The death of Christ, the sacrifice He made was the greatest Christ ever did in His entire life. Absolutely.

The birth of Christ and the resurrection of Christ came from God Almighty, and I think that’s powerful.

We could not have had the resurrection of Christ if we did not receive Christ being born into this world.

I don’t think the birth of Christ gets the attention maybe it should be. I feel some forget Christ’s birth and His entry into this world WAS celebrated and He was worshipped a baby/toddler. The shepherds worshipped Him. The angels praised Him. The Magi awaited His arrival.

In fact, it was the Magi who gave Him gifts mainly for His death.

I don’t think His birth was any less significant. It’s just, I think we need to focus on His birth differently. Some treat the infant Christ like they would with any other baby, and He wasn’t.

Christ’s birth was prophesied about in the Old Testament, just like His death. His birth meant hope.

His entry into the world meant rebellion and hate. Definitely, not the way the world wanted. His teachings felt like rebellion from the high priests.

Christ was hated at birth, and His life was sought after from the beginning.

I don’t think things were ever easy for Him from the beginning, but He didn’t let that bother Him. Through all of this, He continued to grow and listen to God.

Things To Take Away From Christ’s Birth

God Kept His Promise – He would provide a Savior and King, and He did.

God Protected Christ– Christ was looked over when He couldn’t do much. His parents were guided.

His Birth Meant His Death– Christ even tried a number of times to let His own disciples be aware that His death was coming. The two gifts of the Magi frankincense and myrrh can be used for someone who had died to scent the body.

Christ’s Birth Is An Example For Us

God Knows Us Before We Are Born– He loves us so much.

(NIV) John 3:16, “For God so loved the world that he gave his one and only Son, that whoever believes in him shall not perish but have eternal life.”

God Has A Plan For Us Too– He won’t give up on us. He is there for us. He has a plan that He wants to fulfill in us, and He will use us.

Whether you celebrate or not, continue to keep your eyes focused on Him. 🙂

What Does Christ’s Birth Mean To You?

25 thoughts on “Importance Of Christ’s Birth”