I know it’s been over a month since I continued this series. I meant to take a break, but not this long of a break. I apologize. Let’s continue where we left off 🙂

Jonathan, the son of Saul, and David became very close friends. You could say they treated each other like close brothers.

David soon was not to go back to his father’s house but stay with Saul. David went where Saul told him to go. He fought wars and behaved well. Everyone liked David. In fact, upon one return the women were singing about Saul has slain thousands…but David tens of thousands.

This created a bitter jealousy within Saul which would haunt Saul for the rest of his life.

In fact, during the times Saul would become distressed with the spirit from the Lord, and David would play his harp, Saul was prepared to try to kill David. But David always escaped, and Saul feared him knowing the Lord was with him.

Saul made David a captain so he wouldn’t have to see him. David continued to behave wisely and all Israel and Judah loved him.

Saul decides to make David a son in law by planning to give David the eldest daughter, but she was married off to someone else. Saul finds out the youngest is in love with David and plans to wed her. David does not want to, as he comes from a poor background. Saul assures him this is fine, but he wants the foreskins of 100 Philistines instead, believing David would be killed by this feat.

David isn’t though and completes the task. He marries Michal.

Saul once again sees that the Lord is with David and continues to fear him. David is Saul’s enemy from here on out.

Jonathan tries to get Saul to agree to not kill David, and Saul makes a vow not to. However, when the distressing spirit comes over him, Saul again tries to pin David with a spear. David escapes.

Saul makes another attempt and David’s wife helps him escape out of a window. David flees to where Samuel is and tells him everything going on.

David does not understand what he has done that Saul would try to hurt him, and he confesses these worries to his best friend. Jonathan assures David he will not be killed by Saul. There was a festival coming up and David knew he would have to be seated by the king. David came up with a plan to not go.

He and Jonathan agree that Jonathan will talk to Saul and give a reason on why David isn’t present. The reaction Saul will give determines whether or not David truly has found favor in Saul’s eyes or Saul seeks to kill him.

As the days of the festival go by, Saul originally thinks David is unclean, as we know how a person must be clean from other books in the Old Testament. But when he questions Jonathan about it, he is told David requested to go to Bethlehem. This arouses anger in Saul, and he seeks to kill David.

Jonathan follows with the directions he and David agreed upon and alerts David.

David goes to Nob and talks to the priest Ahimelech. He receives holy bread as there is no other bread. David requests a weapon to be given to him, but there is none aside from Goliath’s sword. He is told to take the sword, and he does.

David flees to Gath and becomes afraid the king Achish. So he pretends to be mad. Scratching doors, and all. The king wants nothing to do with him.

David leaves and goes to the cave of Adullam. His family gets word and visits him. Not only them but others who were stressed, in debt and not content. Totaling about 400 men.

David goes to the king of Moab and pleas that the king let David’s father and mother stay with the king until David knows what God’s will is. This is allowed and they dwell with him as long as David is there. The prophet Gad told David to leave and go to Judah. David listens.

Unfortunately, Saul later gets word about the places David has been and the priests that helped him. Saul has the priest Ahimelech and others killed, as well as the priests in the city of Nob. One son of Ahimelech was able to escape though and he reported to David. He is assured by David that as long as he stays with David he will be safe. 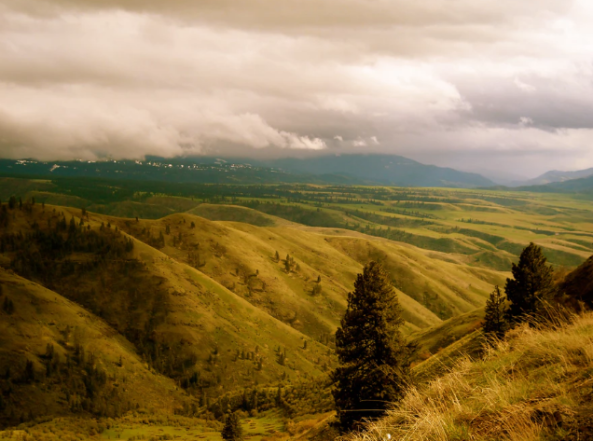 Saul hears that David is going to Kellah and believes that God has delivered David into Saul’s hand.

David hears Saul is preparing to kill him, and he requests of the Lord if the people of Kellah will save him. The Lord tells David, “They will.” So David and six hundred men continued forward.

No matter how hard Saul tried, David always dodged him.

Next time we will be finishing the last few chapters of 1 Samuel. We will see how David shows mercy to Saul multiple times. We will also reach Samuel’s death.

What did these chapters say to you?

Month Scripture (NIV) John 13:07, “Jesus replied, “You do not realize now what I am doing, but later you will understand.”