Have you ever had a conflicting thought with God? He inspires you to move. He places understanding in your heart…a flame of passion, to pull you up to stand. He pushes you to write about something…that may not be a fan of believers. 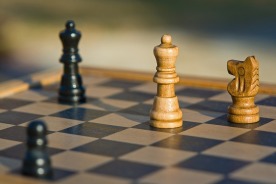 But when has Jesus EVER favored the feelings of believers?

(NLT) Matthew 9:13 Then he added, “Now go and learn the meaning of this scripture. ‘I want you to show mercy, not offer sacrifices.’ For I have come to call not those who think they are righteous, but those who know they are sinners.

Remember this area of scripture for it will be reflected on soon.

My heart is conflicted and my words are messy. I see the world around me crumble. Hearts are turning to stone.

And the very people who are to move mountains instead stand in front of them.

We have become the roadblock.

We have become the Law.

Problem With “Being” The Law

Now, in the Old Testament, this would be a great achievement.

But in this day and age, seeing the above sentence hurts. This goes against every single thing Jesus was, who He is today, and who He will be forevermore tomorrow.

(NIV) John 14:06 Jesus answered, I am the way, the truth, and the life. No one comes to the Father except through Me.

What happens when we get in the way of what Jesus taught? We become like the believers of Old. Believers who struggled with understanding Jesus, especially when He first arrived.

What did the believers of Old have issues with? Well, Jesus was not dressed in purple robes of royalty. He didn’t make an entrance. And, He didn’t seek out the righteous. Remember the scripture from earlier?

(NLT) Matthew 9:13, “Then he added, “Now go and learn the meaning of this scripture. ‘I want you to show mercy, not offer sacrifices.’ For I have come to call not those who think they are righteous, but those who know they are sinners.”

Jesus Raised Eyebrows From The Beginning

(NIV) Matthew 2:17, “On hearing this, Jesus said to them, “It is not the healthy that need a doctor, but the sick. I have not come to call the righteous, but sinners.”

Jesus did many things that were not the way of an everyday believer. He stopped men from killing a woman because of her sin by asking them of their own.

(NIV) John 8:07 When they kept questioning Him, He straightened up and said to them, “Let any one of you who is without sin be the first to throw a stone at her.”

No one could of course; they were not as righteous as they had thought.

In this day and age, and even centuries ago, believers have misunderstood what Jesus taught. For some reason with or without intentions, people have and are and will continue to be the Law. They dictate and judge others.

And people were killed for it…by believers…believers that claimed to be like Jesus.

“You are going to Hell.”

Let me be clear, we do not have to agree with a person’s choice. But we CANNOT take away THE RIGHT for that person to simply make his or her OWN choice. In doing so, we are going against the Will of God. God gave us ALL self-will, right from the beginning, starting with Adam and Eve.

Even with the woman, before Jesus even spoke to her about her sin, what did He do? He stood in front of her. He protected her. He spoke out against the “righteous” who wanted to kill her because in their eyes that was the “right” way of action. It was what God “taught” or “allowed” them. Right?

Such A Thing As Being Too Right

My pastor every so often in a sermon would remind himself and us, “We can be so right that we are so wrong.”

Even when Jesus did speak to the woman, He simply told her sin no more. That’s all! No anger, no guilt trip, nothing else did He say. He simply left everything else up to her choice.

But after your own life is saved…would you not be inclined or curious to hear what your Savior has to say?

I can promise you not all of those people believed Jesus’ word of God. But He made an impression. His impression was of love and mercy. The definition of sin goes as so simple to say it could simply mean an offense to God. Following what God has told us is one thing by agreeing with it and living in such a life. But when going against others causes us to be ignorant that we fear, shun, and hate.

Oh yes, do not be deceived. Hate can grow in our hearts and we won’t know because we are blind to the very truth we preach.

We can be so right that we are so wrong. We only have one first impression to every single individual that has never met us before. If they associate our negativity, our false sense of righteousness…with what it means to be Christ-like…is that not an offense to God?

Have we unknowingly committed a sin, in an instant in which we thought we were justified?

Are we helping others grow or are we a thorn in their side?

What kind of impression are we making?

Month Scripture (NIV) Job 2:10, “Shall we accept good from God, and not trouble?” 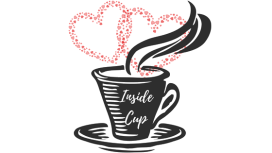 Transition To Outside Summary Fungus gnats. Little evil beasts that can lay 300 eggs at a time and the little freaks eat up the roots that can seriously damage the plant. I had tried so hard to make sure I was not overwatering my plants, as this draws them, but if you read my last […]