Thank you for being patient for 2nd Samuel. I will continue the Bible Summary until the last book of the Bible is written. However, not all of these posts will be in a consistent scheduled order. They take quite a bit of time to write, and sometimes I need a break between writing the next book. That being said, I may have some of these posts appear during the week instead of just Saturday.

We have reached our first set of ten! This is the tenth book of the Bible. Consisting of 24 chapters, 2nd Samuel follows David being anointed king. From David ruling only over Judah to all of Israel. We will also read through David falling into the sin of adultery and murder, and the consequences because of that.

It is good to remember that the people God used for His glory and great things often struggled. But even in our sin and failures, God can still redirect our focus to Him and we can be forgiven. Glory will always go to Him.

A man from Saul’s camp approaches David with news of the death of Saul and Jonathan. He reports that after Saul had fallen on his spear that Saul requested that this man kill him. David and those who were with him mourned and fasted after the loss of Saul and Jonathan.

Afterward, David ordered that this man be executed because he testified against himself admitting that he killed the anointed of God (Saul).

David then laments and creates a song titled, “Song of the Bow.” He teaches this song to the children of Judah. This is actually where we see the line, “how the mighty have fallen.”

David, his wives, and the men with him travel to Hebron and David is anointed king. David blesses the messengers who buried Saul.

However, remember I said for a while David only rules over Judah, that’s because a man named Abner, commander of Saul’s army, has the son of Saul, Ishbosheth, become king as well. Ishbosheth rules over Israel, aside from Judah who follows David.

That’s right, out of the 12 tribes, only Judah follows the anointed king God chose.

Field of Sharp Swords– verses 12-17- A very bloody battle between the men of David and Abner. David’s men won. This begins the war between Israel and Judah.

Asahel Pursues Abner– verses 18-23- Asahel (brother of Joab, both men part of David’s group) he pursues Abner. Abner does not want to initially kill him because of Joab but eventually does. Joab follows pursuit.

Joab and Abner stop pursuing each other at some point. David lost only about 19 men, while Abner lost about 360.

Ishbosheth makes an accusation against Abner, and Abner gets upset. This whole time Abner had been rising up the army of Saul, and now the king he appointed is accusing him. Abner declares that he will help transfer all of Israel over to the hand of David, as the Lord said.

Abner and David make a covenant and Abner keeps his word. In fact, David actually gets his first wife, she was the daughter of Saul, back.

Abner goes around and he gets many people to accept David.

David has a feast for Abner, and Abner wants to get everyone together to have a covenant, making sure David rules over all. David sends Abner off in peace.

However, as Abner leaves, Joab and David’s men arrive on scene, as they had spoils from a battle. Joab confronts David and is convinced that Abner sought to deceive David. Joab leaves David and meets up with Abner in Hebron. Instead of having a “chat” Joab kills Abner.

David is upset and has Joab and his men mourn for Abner. Scripture says that David followed the coffin of Abner. In grief, David fasts for a whole day despite people’s efforts to get him to eat. This actually pleases the people, and all of Israel realized David had no intent for Abner to die.

Two brothers walk into the house of Ishbosheth, around noon when he was sleeping. They stab him to death. Later bringing his head to David. David tells them about what he did to the last man who told him that he killed Saul.

David has these two men executed with their hands and feet cut off. He has the head of Ishbosheth buried in the tomb of Abner.

Ch. 5- David Reigns Over All Israel

All tribes have accepted David as king. David was thirty years old when he reigned and he reigned for forty years.

The king of Tyre sends over very expensive wood and David is built a house. David sees how God’s plan for him to be king is now established.

David takes in more wives and concubines. He has many children.

David Requests Of The Lord’s Deliverance– verses 17-25– There are two different battles in which David requests of the Lord’s deliverance of the Philistines and of course the Lord delievers. The second time the Lord actually has David do a little bit of a strategic attack of a circle and hearing the marching from the tops of mulberry trees.

David drives back the forces of the Philistines from Geba to Gezer.

Next time, we will see the Ark of the Lord being brought into Jerusalem.

What spoke to you or stood out to you from Chapters 1-5?

Monthly Scripture- NKJ Psalm 9:10, “And those who know Your name will put their trust in You; for Your Lord, have not forsaken those who seek You.”

*** Community Prayer Request For July ’18 – Join Me In Praying For Each Other And If You Have A Request To Add Let Me Know. A New Prayer Request Post Comes Out Every Month And Is Updated As Requests And Updates Come In. 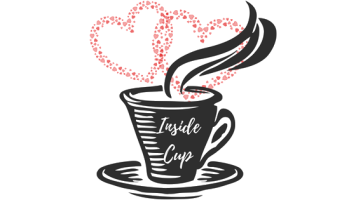