The beginning of the Gospel story begins with the announcement of the births of John the Baptist and his cousin Jesus. These accounts are only told in the book of Luke, which is where we will begin.

(v.5-7) Zacharias was a priest, his wife Elizabeth is said to be from the daughters of Aaron. Note: As Aaron was a Levite, note that both came from Levitical bloodlines. They were blameless in the eyes of the Lord. Followed His commandments and ordinances. But they had no children because Elizabeth was barren.

Zacharias was serving in the temple, his job was to burn incense.  While people were praying outside, he was inside. An angel of the Lord appeared to him and told him that he and Elizabeth would have a son named John. Many will rejoice at his birth.

Here the angel says (v.15) John would be great in the sight of the Lord and he wouldn’t drink wine or strong drink, which I found fascinating. The angel says John will lead many to God, and in the womb, John would be filled with the Holy Spirit!

(v. 18) Zacharias questions how he will know this, as Elizabeth is old. The angel says that his name is Gabriel and that he was sent to tell Zacharias these things. But because of Zacharias’ unbelief, the angel says Zacharias will be mute, until the birth of his son.

The people outside of the temple (v.21) wondered why Zacharias was taking so long. When he emerged from the temple, he was unable to talk. The people thought he had seen a vision.

Gabriel was sent by God to Mary, who lived in Nazareth. She was engaged to Joseph.  It is revealed to her that she will be with child. (v. 29) but she is confused at what is being said and asks also how she can be with Child when she did not know a man. She is told that (v.35) the Holy Spirit will come upon her and the power of the Highest will overshadow her.

It is then revealed her cousin Elizabeth has conceived a son and Elizabeth was already six months along. (v.37) Gabriel says something Christ Himself later teaches. “For with God nothing will be impossible.”

Mary fully accepts all she is told. “Let it be to me according to your word.”

… we will continue Mary’s visit with Elizabeth and the births of John and Jesus in Pt. 2.

Monthly Scripture, (NIV) John 16:33, “I have told you these things, so that in me you may have peace. In this world you will have trouble. But take heart! I have overcome the world.”

*** Community Prayers | November ’18– Join Me In Praying For Each Other And If You Have A Request To Add Let Me Know. 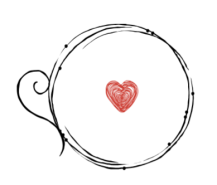