We are familiar that Jesus used food to illustrate His body in the Passover, but did you know He also referenced and used food as illustrations for other things?

Food To Do The Will Of God & Harvest

Following the woman who learned of the living water the disciples were surprised to find Jesus talking to her. But they never asked Him what she wanted.

The woman had already gone into the city and was telling people about Jesus, wondering if He was the Christ. These curious people go out of the city and meet Jesus. During this time, the disciples wanted Jesus to eat something. But Jesus gave them food to chew on instead. He tells them that He has food that they do not know.

But Jesus clarifies saying that His food is to do the will of God and to finish His work. He then talks about the harvest, and how the harvest is ready to be reaped. He who reaps receives wages, and gathers fruit for eternal life, that both he who sows and he who reaps may rejoice together (NKJ John 4:36)

“I sent you to reap that for which you have not labored; others have labored, and you have entered into their labors.” NKJ John 4:27

Many Samaritans believed in Christ because of the woman’s testimony. They desired for Him to stay longer with them, and Jesus did stay for two more days. Many more then believe because they hear Christ speak.

The book of Matthew & Mark says Jesus started His Galilean ministry AFTER John The Baptist was arrested and put into prison. John the Baptist was arrested by King Herod. As far as what I saw, no books of the Bible detail the actual arrest of John. (Unless I missed it, let me know)  He dwells in Capernaum, fulfilling the prophecy of Isaiah. From then on He begins to preach.

In the book of John, Jesus says that a prophet has no honor in his own country, so He goes to Galilee. The Gailieens receive Him because they saw what He did in Jerusalem during the feast.

In Cana, of Galilee, there was a wedding that Jesus and His disciples were invited to. At some point in the wedding, they run out of wine. Mary, Jesus’ mother, tells Him they have no wine.

But what does His mother do? She tells the servants to do whatever Christ tells them. Mary had faith that Jesus would provide.

Jesus has the servants fill large waterpots, and they are filled up the brim. Immediately, He tells the servants to draw some of the “water” out and take it to the master of the feast.

Upon drinking, the master demands to know why the bridegroom left the best wine for last! As it is custom for the best wine to be served first, and as the guests get intoxicated the less than best wine is served.

These were the first of signs Jesus did in Cana that manifested His glory, and it says that His disciples believed in Him. After this, they headed to Capernaum.

What To Take Away: Testimonies are important. The more we walk with Jesus the more fruit we will bear. This fruit will come with stories (testimonies) of Jesus intervening in our lives. Humbling us and strengthening us. Like the woman at the well who shared Christ with others, we, too, have a story to tell. Not just when we first were saved by Christ, but then everything else that happens afterward.

One reason testimonies are so important is that people see faith put to action. In the same way that Mary knew Jesus could and would provide the wine for the wedding, we have eyes and ears watching us. Listening to our proclamations about Jesus in our lives, but then watching to what happens afterward. There are many people who can talk the talk, but they fall when God does not do what they want in their life.

Walking the walk is different. But those who stay true to Jesus will leave big impacts and be able to be a laborer in the field for Christ.

Sermon: When God Breaks You For Ministry by Paul Washer

How has Christ made you believe?

Monthly Scripture – (NIV) 1 Peter 4:18, “And, “If it is hard for the righteous to be saved, what will become of the ungodly and the sinner?”

Community Prayer Requests | October– Join us in requesting prayer, praying for each other and lifting each other up. 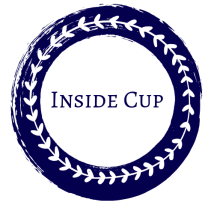